Fans have argued for decades: which is better, Star Trek or Star Wars? Who has better characters, better technology, and better religion? Well, someone has finally come forth to address those questions. Does he come to an answer? 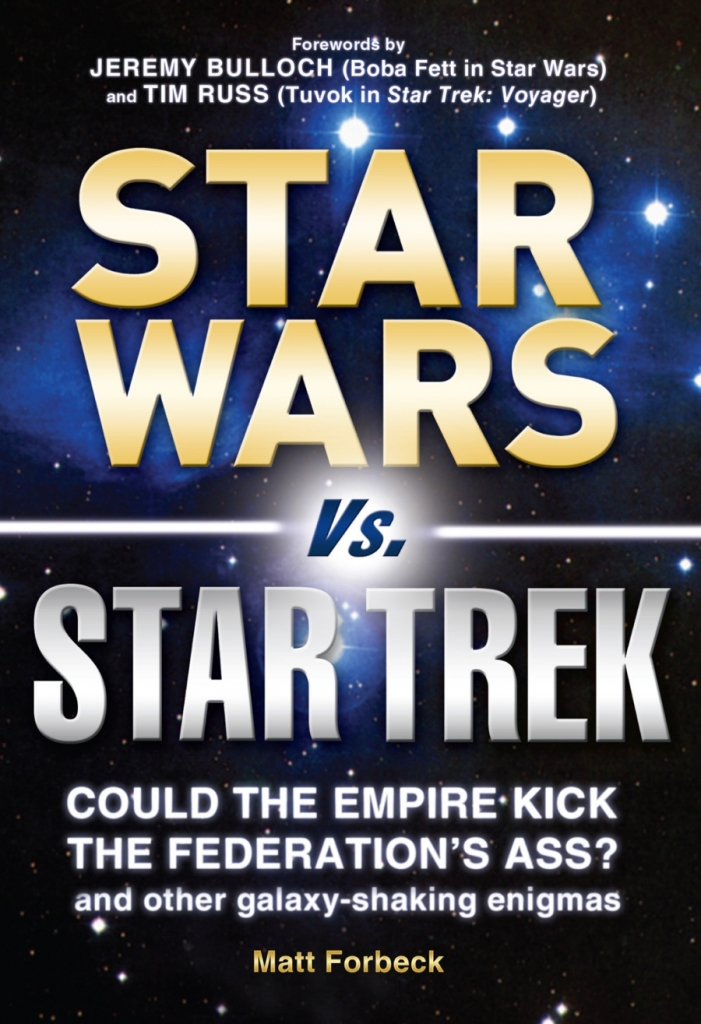 This is an example of a review that I wanted to do, but still almost didn’t happen. This was one of the first non-LucasBooks review copy I was given, and it sat on my shelf for quite a while as I focused on reviewing fiction. As my life got more hectic with everything that was going on that year, I read the book and had absolutely no time to sit down and write about it. Finally, months later, I wrote a review of it. I still feel bad about how long this took, but there wasn’t a whole lot I could have done to really change that.

I’d kind of like to write a companion piece to this book: something that goes into a bit more detail, like a sort of Deadliest Warrior type of thing that borrows elements from the TARDIS Eruditorium series (which I am enjoying). No disrespect to Forbeck’s book; it does what it set out to, but in a drastically different way from how I would. My version would probably have a far smaller audience, but would be more satisfying to that niche audience that the one with more widespread appeal. You’ll see what I mean.

The full title of the book, written by Matt Forbeck, is Star Wars vs Star Trek: Could the Empire kick the Federation’s ass? And other galaxy-shaking enigmas. The book is a series of short pieces consisting of pitting elements of the Star Wars universe- generally the films- against elements of the Star Trek films and shows. Think of it as a condensed version of The Deadliest Warrior, with stats and histories of each combatant being listed prior to the battle. Read the review here.

This article was originally published on June 9, 2013, on Fantasy & SciFi Lovin’ Reviews. Read the original here.

3 thoughts on “Book Review: Star Wars vs Star Trek: Could the Empire Kick the Federation’s Ass?”