Geoff Johns’ Blackest Night is the comic story that got me back into reading comic books.  Was it really worth it? 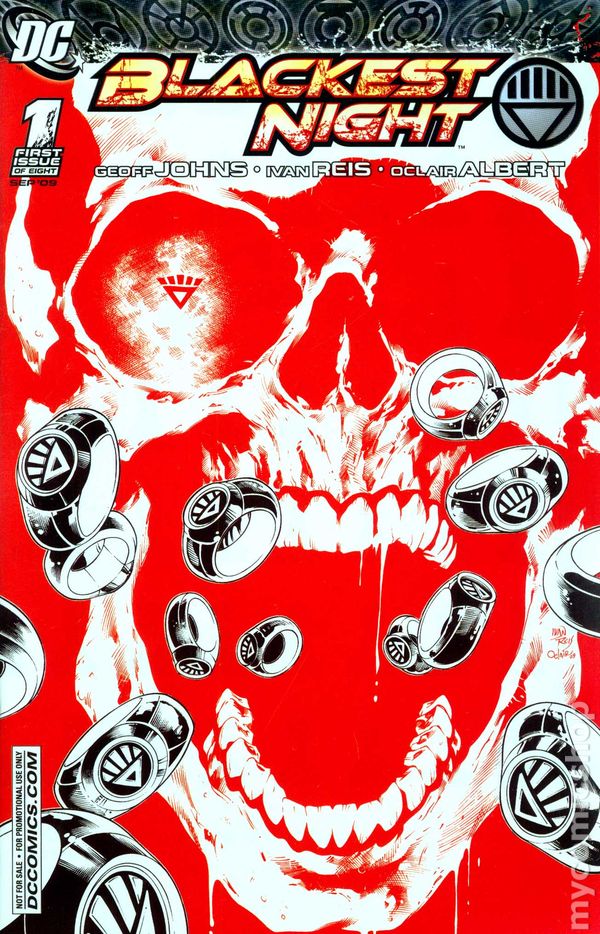 Zombies and Green Lanterns – one of the best concepts that only comics could properly pull off.  To be fair, they’re more like Deadites than zombies – they’re fully sentient of their own accord and exist largely to provoke their victims.  In the lead-up to this event, I started to become interested.  I hadn’t read comics in a while, mostly because the comics I had read were generally gifts.  Throughout 2009 and 2010 I became interested in this, but never really sought it out.  Finally I received a copy of this as a gift, and it did the job.  Since then, I’ve read more comics than I ever did before, and have gone out of my way to engross myself in Geoff Johns’ stories as much as possible.

Even as other creative teams focused on Infinite Crisis, Countdown and Final Crisis, Geoff Johns’s comics in the five or more years leading up to 2009 built toward one point: Blackest Night.  While the title of Crisis was finally gone thanks to  Final Crisis, Blackest Night would nevertheless be one in every other aspect.  Read the review here.

In 2011, I wrote a commentary on this review.  Read the commentary here.

This article was originally posted on Dec 24, 2010.  Read the original here.