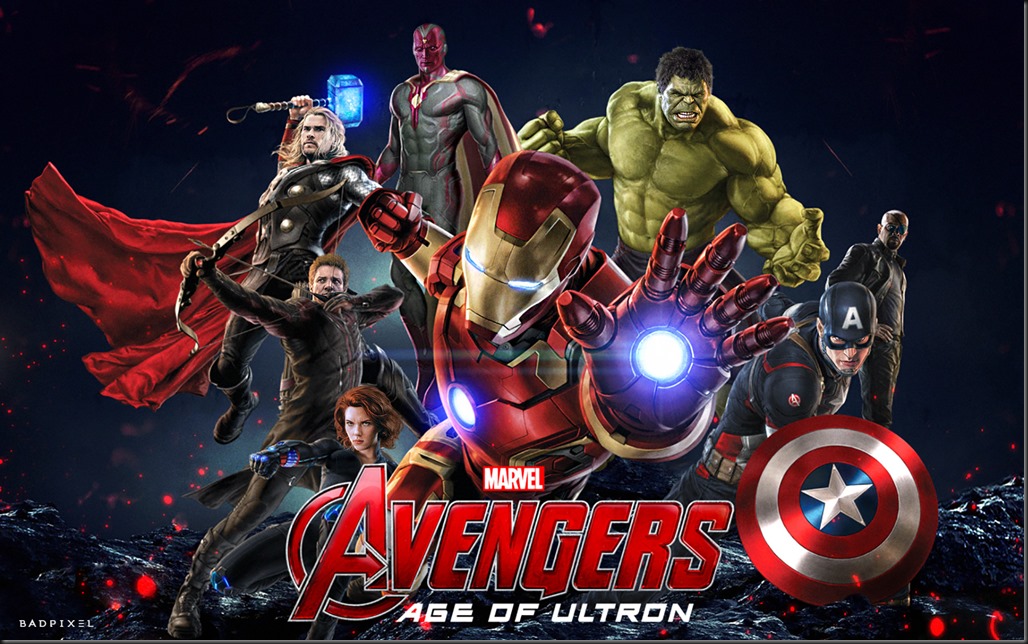 I wanted to come up with a witty opening for this, but Avengers: Age of Ultron may have stolen all of the witty one-liners. In the universe as directed by Joss Whedon, quipping is a superpower, and there is enough raw power in Ultron to make Thor look like just one of the guys. Even the Big Bad gets in on it, which is normally not something you expect a robot bent on destroying the world to do. Unless they’re cyborgs written by Russell T. Davies.

The comedy is the biggest difference between The Avengers and Age of Ultron. Where in the first movie, we got clips of Stark and Rogers – or the rest of S.H.I.E.L.D. and the Avengers – bickering, in this movie we get the team working together and doing their best to out-quip one another. Both are fairly common in Marvel comics, so no complaints there. Less common but not by any means unheard of, is the villain joining in. Ultron’s not trying to convince Cap to understand his side, or to intimidate him – he’s just giving him a hard time.

Unfortunately, this robs Ultron of some of his threat. While most homicidal AIs are cold and calculating, Ultron is jokey, quick to anger and immature. He dismemebers a potential ally simply for mentioning Stark’s name – then apologizes for it. In the end, the virtually indestructible, superintelligent death machine is reduced to stealing a jet and firing futilely on Avengers that are mostly bulletproof, and only manages to kill one because it’s too much of a hassle to argue with Fox every time a new movie comes out.

More threat is provided by the Maximoff siblings, Wanda and Pietro. Quicksilver comes out quipping straight off the bat, taunting the Avengers for not being able to keep up with him, taken out of the fight only by Chekov’s…hammer…introduced in a comedic scene earlier. Wanda is even more deadly, taking out most of the team single-handedly and sending the Hulk on a rampage, which takes both him and Iron Man – in his Hulkbuster armor – out of the fight. This is before she brings in her physical powers – a combination of telekinesis and force blasts which make her even more effective in combat against Ultron’s underlings than Thor or Iron Man.

There has apparently been mixed information as to whether actress Scarlett Johansen’s pregnancy limited her scenes, but Black Widow has much less of an action role in this film, instead continuing the process of self-discovery and opening up as she did in Avengers and Winter Soldier. This, coupled with the fact that psychological mastery is useless against insane robots and neural manipulators (can I just call her a Sith sorceress?) and for some reason not attempted against the impatient young man means that her role is reduced to Natasha Romanov trying to seduce Bruce Banner by being earnest, a few short motorcycle scenes, and the Widow disappearing from the plot for a while and reappearing in a cage. If there weren’t cuts due to the pregnancy (as Whedon claimed during production) this is even more awkward than it already is. Even the characters were confused.

The biggest weakness of Ave of Ultron was the success of the Marvel Cinematic Universe. A less successful series would have gone into this movie focusing on the new characters, going into the Maximoff twins, their descent to darkness and their redemption, giving the film a cohesive story rather than spending so much time with the returning characters that the man fans know as a bitter young man struggling with the legacy of his absent father and wholely devoted to defending his sister became reduced to a string of one-liners and motion blur. The first half of the film feels like Joss Whedon squeezing every joke he can with the Avengers cast into as short a time as possible before he doesn’t get another chance – a series of hilarious moments that another director would have left in the “deleted scenes” directory. This tone is what ultimately makes the Romanov plot fall so flat: it is completely out of tone with anything else in the movie, and falls to ride the highs and lows of comedy and drama.

The end result is that Age of Ultron feels less like a movie and more like someone trying to fit a 20 episode season of television into two and a half hours. It’s packed with brilliant moments, but these moments are leaves in the wind of a hurricane that is equally concerned with honoring its past and setting up for its future as it is with telling a story.