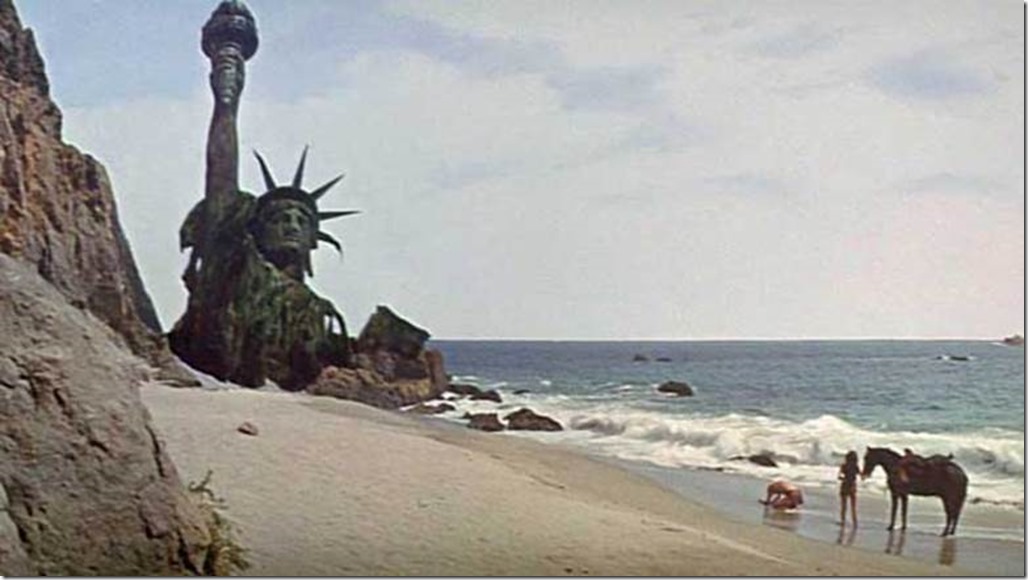 Fahrenheit 451 – One problem of reading a book and then watching the movie shortly thereafter is that it’s hard to get that nagging feeling of what the movie “should” look like out of your head. This would have looked so incredible as an ‘80s movie and I’d really like to see a modern take on this idea. That said, this movie does some really interesting things that Ray Bradbury adapted for future versions, so it’s not completely dismiss-able, either. 6/10

1968’s Planet of the Apes – Believe it or not, this was my first time watching this movie. I knew all the major twists and had seen parts of it, but never the whole thing. It’s definitely a much shallower movie than the novel, and while I see why so many people like it, I can’t help but find fault with it compared to how deep the novel was. Ultimately it took the series in a different direction and is hard to compare with the book. 8/10

Steven Spielberg’s Jurassic Park – I’d seen this movie before, but it was still nice to see it a) on a bigger screen and b) after reading the novel. I definitely appreciate it a lot more and this is one of the few films where I can see some major things that Spielberg added that wouldn’t have worked in a book and it definitely brought on some appreciation for Spielberg’s directing that I wouldn’t have thought about a few years ago. It’s a lot shallower than the novel but the book is pretty thick so it didn’t have much choice to be other. 8/10

Marvel’s Doctor Strange – This movie was much less of an acid trip than I expected, but it was still enough of a visual spectacle that I regret not having been able to see it in theatres. There were a few missteps I think (Strange never quite proves that he’s capable of doing what he set out to do, even though it would have made his commitment at the end all that much stronger), but nothing that seriously hurts the movie. 9/10