As you may imagine, being involved in a Fanfiction Contest involves a lot of different shows. While no single judge is expected to know every angle (which would be ridiculous), I do my best to research as well as I can, which has kept me pretty busy.

Voltron: Legendary Defender – Outside of the occasional clip and information in the public consciousness, I never watched the original version of Voltron (or Go-Lion, for that matter). While that remained on my ever-growing to-watch list, I had no interest in any spin-offs or reboots. This month I watched all three seasons of the modern show, and I’ve got to say I definitely enjoyed it. By all appearances, they took what people liked about the original show and then developed everything a bit deeper and it looks like a good fit. There’s a fair bit of Easter eggs involved, too. I definitely recommend it, whether you’ve watched the original Voltron or not. 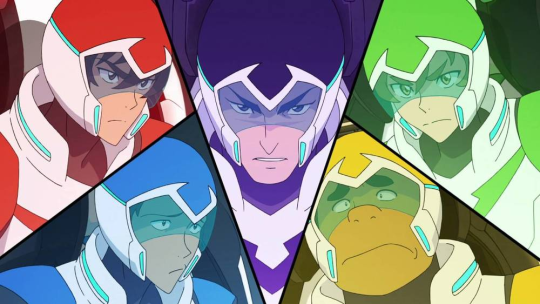 Supernatural – I started to watch the first episode of this once, and it didn’t really hook me. I saw a lot of new things on a rewatch, though, which tells me that I wasn’t paying all that much attention. Still, the first episode bugged me on rewatch, too; the episode starts and ends with putting two different women in refrigerators. After that (and I’ve probably watched another ten episodes), both the characters and the stories get a bit better. I’m still not hugely invested in this show, but I am getting more invested with each episode I watch, so I still have hopes for it. Attack on Titan English Dub – I’m about ten episodes in on this and it’s definitely interesting. I don’t know how good it is just yet; there are definitely some strange writing decisions involved that I’m not quite sure about yet. I’m planning to finish the season, though, at a minimum.